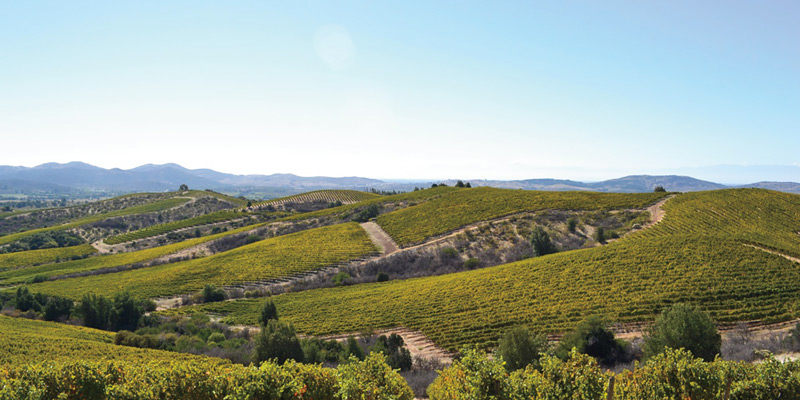 Throughout the wine world, Europe is commonly referred to as “Old World,” while North America and the Southern Hemisphere are generally called “New World.” With respect to Chile, however, New World is really a bit of a misnomer.

It’s true that Chilean wine has experienced its greatest period of evolution and growth over the past quarter century. But the country’s commercial wine industry can trace its roots as far back as the 1800s, when a number of major producers were founded.

Jump ahead more than 100 years, and Chile’s largest and most prominent wineries continue to set the pace for an industry that’s expanded greatly in number of producers, areas of production and, most importantly, quality wines offered.

Learn about the early days and key moments at six of the country’s heritage wineries, and discover which wines will give you a taste of history in the making. 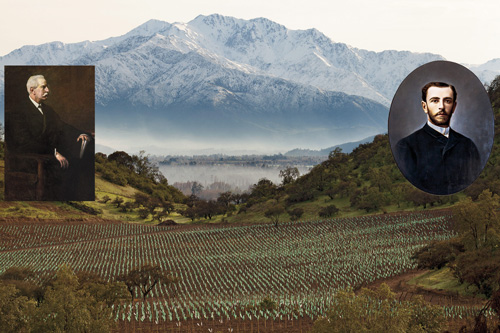 Viña Santa Rita, a nominee for Wine Enthusiast’s 2019 New World Winery of the Year, is arguably Chile’s quintessential wine estate. Founded by businessman and senator Domingo Fernández Concha, the property features a colonial-era mansion that operates as a hotel (Hotel Casa Real), nearly 100 acres of immaculate, European-influenced grounds and a meticulously designed chapel. It also features a restaurant located in refurbished cellars that once served as a hideout for Chilean soldiers during their fight for independence from Spain.

Fernández Concha’s early use of cal y canto (egg whites mixed with limestone mortar and sand) to join bricks in the original winery, as well as his import of both French vines and winemakers, got Santa Rita off to an auspicious start. When he died in 1910, his son-in-law, Vicente García Huidobro, took over and became the king of wine distribution in Chile as well as expanded international export markets. Today, the label can be found in more than 70 countries. 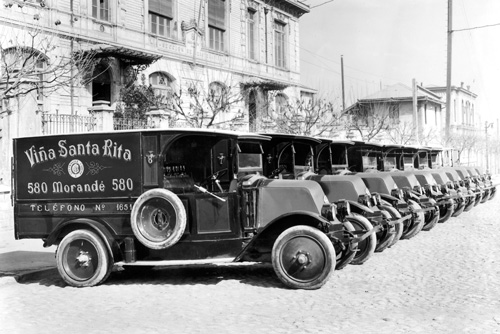 García Huidobro’s children and grandchildren ran the winery next, from 1949 through 1979. Under these successive generations, the estate’s historical buildings were designated as National Heritage Monuments in 1972.

Businessman Ricardo Claro acquired a major stake in Santa Rita the following year, and would eventually consolidate ownership under his own name. As part of the Claro Wine Group, now also called Santa Rita Estates, the winery joined brands like Viña Carmen and Sur Andino in Chile, along with Doña Paula in Argentina. Claro passed away in 2008, but his widow, María Luisa Vial, remains in charge via a trust. 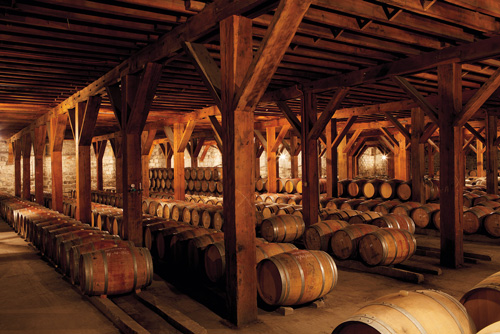 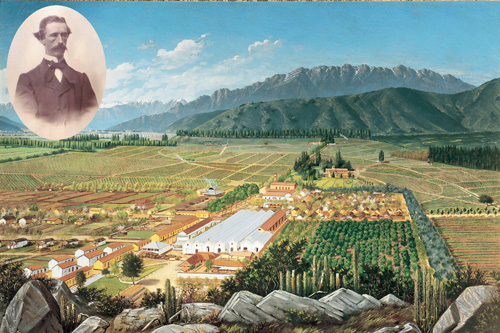 The latter half of the 1800s was the time of “Los Dones” in Chile. These were wealthy land owners whose families originally hailed mostly from Spain. “Santiago was filled with them,” says Eduardo Chadwick, the fifth-generation owner of Errázuriz, based about 70 miles north of Chile’s capital city.

One of those 19th-century dons was Maximiano Errázuriz Valdivieso, Chadwick’s great-great-grandfather. An adventurous entrepreneur and politician, Don Max led a horseback expedition up to the Aconcagua Valley town of Panquehue, the “place of parks,” in search of land to start a winery. As with many of Chile’s heritage wineries, Errázuriz’s original vineyards were started with vine cuttings from Bordeaux.

But the 20th century saw what Chadwick called “a drought for wine” in Chile. Domestic consumption plunged and wineries suffered until after Augusto Pinochet’s military dictatorship took hold. While the regime is reputed for abusing human rights, the economic policies implemented are believed to have opened up and aided the country’s economy. It was during Pinochet’s rule, which was from 1973 through 1990, that wine production returned as a viable industry with long-term potential.

“From 1968 to 1983, Errázuriz was almost closed,” says Chadwick. “In 1983, I returned from a stay in France and implemented a revitalization program based on top wines from top terroirs.”

Part of this sea change included a period in the mid-1990s in which the Mondavi family from Napa Valley owned shares in the winery. That led to the creation of Seña, a joint-venture red blend that’s now one of Errázuriz’s signature wines. In 2004, Chadwick bought out the Mondavis.

Production now stands at about 450,000 cases annually, with exports going to 78 countries. Head Winemaker Francisco Baettig is regarded as one of Chile’s best. Under his watch, wines like La Cumbre Syrah and Las Pizarras Pinot Noir and Chardonnay have been introduced. Meanwhile, Viñedo Chadwick, a Cabernet Sauvignon from Puente Alto in the Maipo Valley, ranks as Chile’s most expensive wine at around $400.

Errázuriz 2017 Las Pizarras Pinot Noir (Aconcagua Costa); $135, 91 points. Aromas of plum, spicy currant and iodine carry the nose. The racy palate is pumped full of red-berry acidity, while this coastal Pinot tastes of salty currant and raspberry along with barrel spice and dried earth. A compacted palate is tomatoey and savory, with bold acidity keeping everything in order. Vintus LLC. 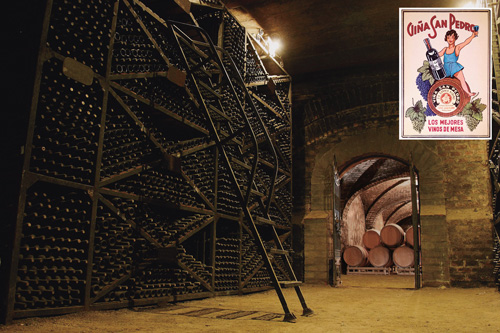 Even in its earliest days, San Pedro was destined to become a benchmark Chilean winery and a leading exporter. Originally, it relied on the lowly País grape, but cofounders Bonifacio and José Gregorio Correa Albano would turn to known French grape varieties to push their fledgling winery in the Curicó Valley to new heights.

San Pedro became a registered brand in Chile in 1885, and by the time of World War II, the wines were exported to the U.S. and Canada, as well as Germany and Japan. Over the following decade, approximately 15% of sales came from outside the country.

In the 1940s, a German firm, Wagner and Stein, bought the winery and ran it until 1960. Fourteen years later, San Pedro was sold to a Spanish corporation. In 1994, it changed hands to Chile-based Compañía de Cervecerías Unidas (CCU), which took the company public as Viña San Pedro S.A.

Today, San Pedro is part of the VSPT Wine Group, which is 83% owned by CCU, controlled by the Luksic family. Another 12.5% of VSPT Wine Group is owned by Chinese-based Jiangsu Yanghe Distillery Co., Ltd, while the remaining 4.5% is owned by other shareholders.

From its entry-level GatoNegro wines up to its signature Cabo de Hornos Cabernet Sauvignon, San Pedro relies on grapes from nearly every winegrowing spot in Chile. Its home remains Molina, in Curicó Valley, however, where it maintains more than 2,400 acres of vines.

Under CEO Pedro Herane, the VSPT Wine Group has consolidated and refocused in recent years. For example, Altaïr in the Cachapoal Valley, which VSPT acquired some years ago, is now a San Pedro wine.

Other San Pedro wines of prestige are Tierras Moradas Carmenère from the Maule Valley and Kankana Syrah from Elqui Valley. Brands like Viña Tarapacá and Santa Helena in Chile, and Finca La Celia in Argentina, round out the VSPT family.

Founded in the Santiago suburb of Pirque, Viña Concha y Toro is now the biggest name in Chilean wine. In fact, it’s one of the five biggest wine producers in the world. It was named Wine Enthusiast’s New World Winery of the Year in 2004, and currently produces more than 15 million cases annually.

Vineyard holdings are at the heart of Concha y Toro’s clout. It owns more than 21,000 acres, and its wines reach more than 130 countries.

Much of what Concha y Toro bottles is mass-market wine—a winery cannot be expected to pump out more than 15 million cases of ultrapremium wine per year, after all. But within that figure you’ll find some of the most iconic wines in Chile.

Benchmarks include Don Melchor Cabernet Sauvignon, which, starting with the 2017 vintage, will be labeled as an independent winery called Viña Don Melchor. There’s also Almaviva, a joint venture with Baron Philippe de Rothschild of France that began in the 1990s. 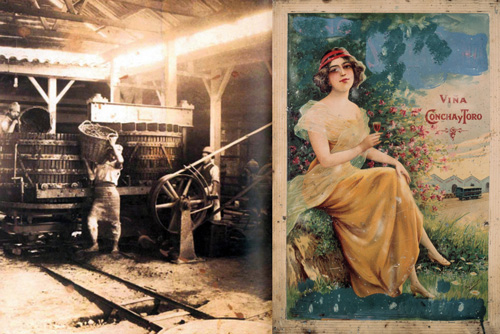 Marcelo Papa, who built the Marqués de Casa Concha midtier line from a startup into a powerhouse, is the head winemaker. He is a terroir hunter, and wines made by him are fresher and more consistent than those at any time in Concha y Toro’s history.

Founded by Don Melchor Concha y Toro, shares of Viña Concha y Toro were issued to a slew of family members in 1921. The winery then went public in 1933, with shares traded on the Santiago Stock Exchange. Today, three prominent families control 39% of the company.

Concha y Toro 2016 Don Melchor Puente Alto Vineyard Cabernet Sauvignon (Puente Alto); $120, 93 points. Well-concentrated berry aromas include rich notes of chocolate, tobacco and earth on this plush yet restrained Cabernet. Spicy berry and cocoa flavors finish dry, long and with a hint of clove. Given the documented difficulties in Chile during 2016, this can hold its head up. Drink through 2026. Fetzer Vineyards. 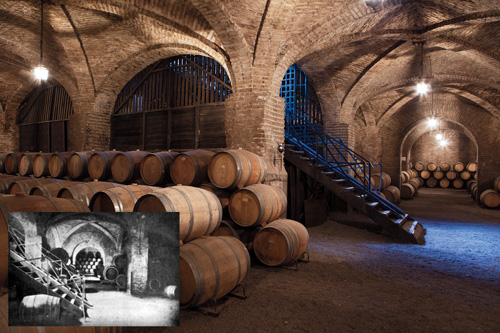 Decades ago, a humming wine industry existed within the city limits of Santiago, Chile’s capital. Modern-day realities saw almost all of the city’s bodegas and vineyards converted to housing or other commercial ventures. Not so with Santa Carolina, one of Chile’s last urban wineries.

Part of Carolina Wine Brands and Wine Enthusiast’s 2015 New World Winery of the Year, Viña Santa Carolina has been owned by the Larraín family since 1974. It no longer maintains vineyards in Santiago proper, but its underground cal y canto cellars within the city enjoy National Heritage Monument status. They are the only original buildings to have survived an 8.8-magnitude quake in 2010 to still be used today. 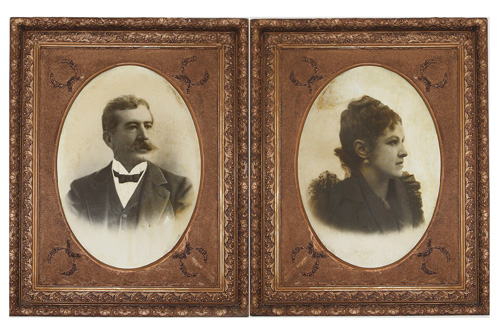 From the earliest days of Santa Carolina, Reserva de Familia Cabernet Sauvignon has been its flagship wine. One of the first bottlings won a gold medal at the 1889 Paris Exposition Universelle, and the 2015 vintage ranked third in “The Enthusiast 100 of 2018” top wine list.

Andrés Caballero, the head winemaker, oversees production of 2.2 million cases per year that are sold in 80 countries. One of Caballero’s goals is to pay homage to Santa Carolina’s rich heritage via a range of new yet traditional wines.

One example is a throwback ultrapremium Cabernet Sauvignon that he introduced. Called Luis Pereira, it’s made with little new oak and alcohol levels as low as 12.5%. For a bigger taste of Chile, Herencia, which means “heritage,” is a full-bodied Carmenère, one of the best that the country produces. 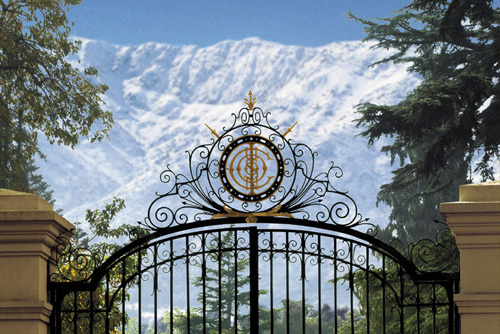 Among Chile’s heritage wineries, Cousiño-Macul, headquartered on the outskirts of Santiago in an area called Macul, is the only one that has remained entirely in the hands of its founding family.

Matías Cousiño purchased nearly 2,500 acres and began to raise cattle and tend to tree fruits and table grapes 163 years ago. That property, originally known as Hacienda de Macul, became a serious wine estate under his son, Luis, and his wife, Isidora Goyenechea.

“In 1862, Luis Cousiño and his wife came back from a trip to France with vine cuttings from Bordeaux, Alsace, Graves and other parts of the country, with the idea of starting an industry capable of producing fine wine” says seventh-generation owner Veronica Cousiño. “We say there were actually two generations of founders: Matías bought the land, but Luis planted the vines. And we can’t forget Isidora. She was our ‘Dama de Plata,’ or ‘Lady of Silver.’ Her stewardship in the early years after her husband died made the winery what it is today.” 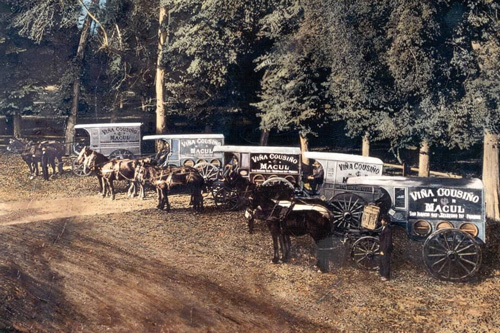 Things are now run by Veronica Cousiño’s father and two uncles, with her generation next up. Cousiño-Macul produces about 250,000 cases per year, which doesn’t necessarily make it a big winery by Chilean standards. However, its wines have always been quintessentially Chilean in style, intense and structured, with aromas and flavors of mint, spice, tobacco, eucalyptus and bold berry fruit.

While Cousiño-Macul maintains its original winery and beautiful gardens in Macul, its vineyards have all but gone away. Decades of urban expansion has forced the Cousiños to sell off much of their land.

That said, they still maintain around 200 acres of old-vine Cabernet Sauvignon and Merlot in Macul, which yield the winery’s top wines, Lota and Finis Terrae. And to augment production, the firm now also has a modern winery and about 1,000 acres of vines in Buín, located further south in the Maipo Valley.

Cousiño-Macul 2014 Finis Terrae (Maipo Valley); $25, 90 points. Ripe, earthy, mature aromas of berry fruits, prune and forest spice are true to what is quality Maipo Valley red wine. This blend of 45% Cabernet Sauvignon, 44% Merlot and 11% Syrah is wide in body, while flavors of raisin and plum are touched up by chocolate and herbal notes on a finish that’s not shy with the oak. Drink now. MundoVino–Winebow.